Trains depart Paddington every 15 minutes from 05.10 until 23.25, and there is a similar quarter-hourly service in the return direction.

At Paddington they use dedicated platforms 6 and 7, although on occasions other platforms are used. There are two stops at Heathrow: Heathrow Central, serving Terminals 1, 2 and 3 (journey time from Paddington 15 minutes); and Heathrow Terminal 5 (journey time 21 minutes). Until the opening of Terminal 5 on 27 March 2008, Heathrow Express terminated at Heathrow Terminal 4, this is now served by the 'Heathrow Express shuttle' from Heathrow Central. 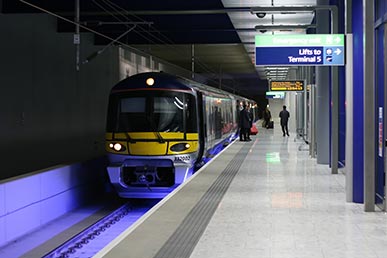