Chiltern Railways is a British train operating company owned by Arriva UK Trains that has operated the Chiltern Railways franchise since July 1996. It operates commuter/regional rail passenger services from its Central London terminus at London Marylebone along the M40 corridor to destinations in Buckinghamshire, Oxfordshire and Warwickshire, as well as long-distance services to the West Midlands along two routes.

Services on the Chiltern Main Line run from London Marylebone to Birmingham Snow Hill, Stratford-upon-Avon and Oxford Parkway, with some peak-hour services to Kidderminster.

Chiltern Railways also runs trains on the London to Aylesbury Line to Aylesbury (with some trains terminating at Aylesbury Vale Parkway instead), on the Princes Risborough to Aylesbury and Oxford to Bicester branch lines, and a once-a-day weekday service from South Ruislip to London Paddington returning to West Ruislip. 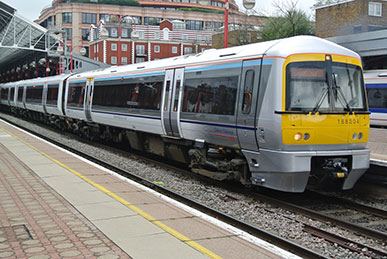